The intro to this song uses a capo across the 7th fret.

Tip: When using a capo, place it as close as you can to the end of the fret. Sometimes I even place it on the fret, this will stop the capo putting your guitar out of tune. A capo can place a lot of pressure to the strings causing them to go out of tune when it is applied. 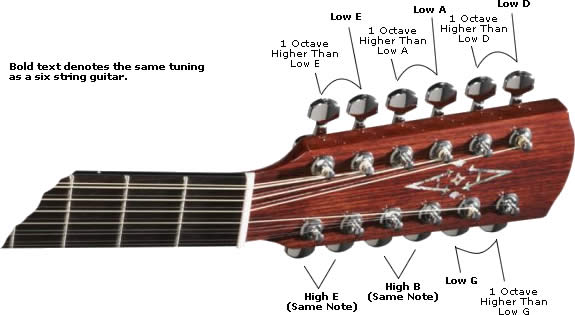 This is the order of chords played

Before you even start playing the picking pattern, try playing these chords, strumming only once on each pattern. These chords are played on a 12 string guitar so if you're playing them on an electric or a 6 string acoustic then they won't sound the same as the song.

The main thing with this is to listen to the song over and over. You need to hear the sound of the song in your head before you start playing it. If you can get the part below note for note then that's great, but mostly if you get a feel for how the picking pattern goes you can summarise or improvise it. Only people who play the song or who have a great ear for music would pick up on the subtle differences.

Hint: Always pick in the direction of the next string you're going to play!

Remember: This Intro part below is played with a capo on the 7th fret on a 12 string guitar.

Even though this part is played on a nylon string guitar the audio example below is played with a normal electric.